From Edgar BV Wiki
Jump to navigation Jump to search

Although released in 2009, it remains one of the few force feedback sticks, due possibly to patent trolling from Immersion Corporation afterwards.

Logitech - as Logitech does - released a few software versions and stopped support in 2010. You can still download the latest driver (5.10.127) from Logitech. There are some questions still answered in their ]https://support.logi.com/hc/en-us/articles/360025341373--FAQ-Flight-System-G940 FAQ]

If you download their latest driver there is a firmware update in C:\Program Files\Logitech\Gaming Software\FW

There is somebody releasing new firmwares for this thing. The latest was released in June 2020. You can download them at Fred41s Github page.

To update your G940, you can do the following:

This page on eagle.ru tells you a lot about what the improved firmware does, why it's necessary and how to update (basically first download the 1.42 firmware and update to that and then use this updater to update the Fred41 firmware

This is where Fred41 launches and talks about the firmware

People with experience in using them discuss them on an il2stormovik.com topic

The force feedback is pretty heavy and moving the joystick from center can take a bit much effort if you don't update the firmware.

Worked it out. In case other people run into a similar problem, here's what I did:

Calibrated the pedals/USB-converter in Windows as usual.

Downloaded "DXtweak2" and used it to change Windows' calibration-values for the X- and Y-axes. Basically, I made both axes' calibration "wider" by doubling the calibration.

The values I used are

Now the stick's input on the X- and Y-axis is read by Windows as full X- and Y-range (from full negative to full positive) - no more "half axes". In the game's mapper, both axes are now recognized and show up "full left" when no brake is applied, "full right" when full brake is applied. I had to set some deadzones to get rid of spiking (I really need to open these pedals and clean the pots, I suppose). But the result looks good now.

from this forum thread

Programming the P buttons on the throttle

create a new profile, then program them. In Options -> Global Profiler Settings make sure to "Apply persistent profile" then it will always work

There is a Help menu which is actually quite helpful :)

G940 LED Control links the state of your aircraft in Flight Simulator to the LEDs on your Logitech G940 throttle. By simply looking at the corresponding buttons you can tell if your engines are running fine, your gear is up or if you forgot to take off the parking brake.

This also allows you to set the colours statically and configure each button for pretty much anything within FS or set it to static colours.

There is also G940Leds by morg

G940leds is a program that listens on a UDP port for commands about how to light the leds on the G940 throttle. I have written it in a way that hopefully will minimize the need for conditionals and other code in the interface that talks directly to the game (for DCS, the lua code). Since the program itself is written in C++, it is probably alot faster at those things than a script. It comes with example scripts that shows how to use it with it BlackShark.

There is an updated lua script for DCS 2017

Djuuu also updated the program to version 1.1 to work with Flaming Cliffs

This is a total redesign of the .LUA part that works with the program of Martin Larsson (Morg) to control the leds on the Logitech G940 throttle stick with exported data from Lock On / Digital Combat Simulator.

It should act as a dead mans switch, but sometimes it kills FFB when you hold the stick. In that case, recalibrate the stick and it should get back to being on when you hold it.

You can test FFB by going into the Device controllers -> Joystick properties and then pressing the bottom hat around. The joystick should respond.

When buttons and wheels stop working

The wiring design inside the stick is quite poor, which leads to cables severing. It's quite easy to fix them though 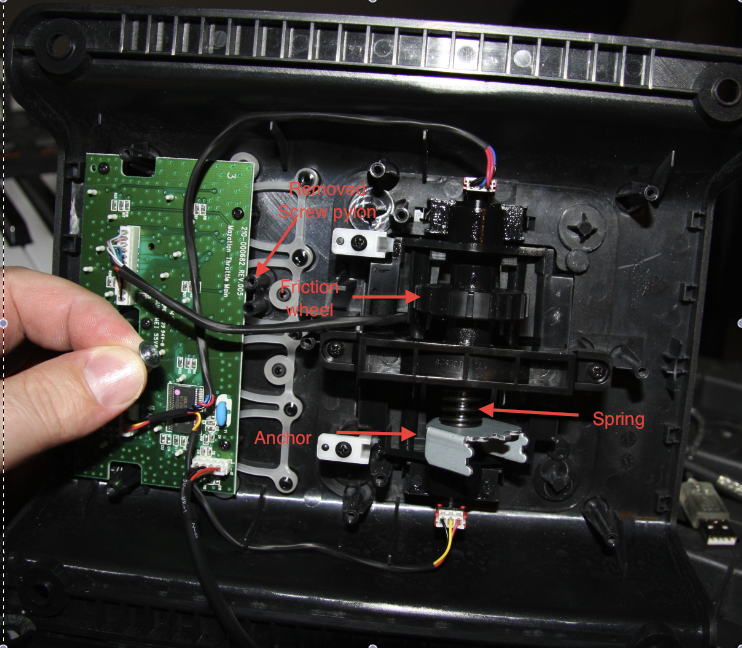 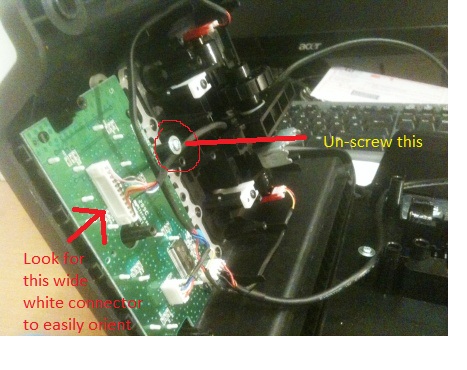 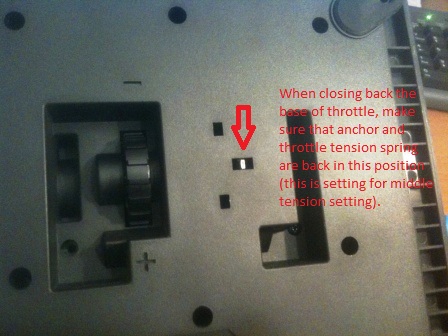 If this doesn't work

Ah! Everything is wrong!

1) wires are not damaged

3) oxidative change is altering the voltage

4) voltage change is most sensitive to the non contact potentiometers, as it were r1 and r2

7) what do you think, why it is happening recuperation, when you remove the pins and spraying them with "contact cleaner"? :)

8 ) interruption in contact wire, when it is damaged, checked so as to isolate the wire and stretch. After stretching, the damaged wire loses contact. This case is not happening. Wire is healthy!