From Edgar BV Wiki
Jump to navigation Jump to search

You would think that this would be straightforward but it isn't. Common protocols are:

-- Home Automation (US) Note - these two protocols don't play well with each other. It looks like HA is being phased out in favour of LL.

Nowadays we have Z-wave Plus which offers various benefits, so make sure any device you have is Plus.

Home Assistant has the following list of compatible USB controllers and OpenHab has this list of USB bindings. The one they share is the Vision Z-Wave USB Stick Gen5 (around EUR 34,-)

The controller runs the bridge devices that each individual vendor brings with their devices. It's a single central place to run all of the devices from.

The absolute Ferrari on controllers is:

As an alternative you can run open source software, which will run on a raspberry pi with a zigbee usb controller.

Zipato, which comes with a beatiful tile interace thingie

Home Assistant, Open source home automation that puts local control and privacy first. Powered by a worldwide community of tinkerers and DIY enthusiasts. Perfect to run on a Raspberry Pi or a local server. It runs on Hass.io, which turns your Raspberry Pi (or another device) into the ultimate home automation hub powered by Home Assistant. With Hass.io you can focus on integrating your devices and writing automations.

It's championed in the bottom of this thread

The HUE bridge has a limit of 50 connections. You can add another bridge to your HUE app, but you will have to switch bridges within the app, which is annoying. You also can't backup your setup.

The Dresden Elektronik Raspbee Premium (SD card image [1]) doesn't have the 50 device limitation and has a backup function. It can be used through the HUE app itself. It also uses deConz software to detect devices. These also support Xiaomi devices.

Busch Jaeger has three Remote control zigbee light link / radio control dimmer switches (rocker, LED dimmer) which will integrate with the HUE bridge. Once you put in a wall insert, you can put different controllers on top of it (one, two or four lane) to control the dumb light. You can then add extra remote control light switches in other location to control the same lights.

[Other options such as multimedia, checking if doors and windows are open]

Idealo has the best prices for the dimmers I have found so far. Around EUR 80

ROBB Smarrt HUE compatible rotary dimmer Zigbee SKU: ROB_200-014-0 Philips HUE compatible rotary dimmer with Zigbee. Max. 300Watt for LED and 600Watt for traditional lights. Use a dimmer bypass when connecting it 2-wire. Zigbee version which can be connected to a Hue bridge, Z1 or Z1S or Homey, but he is also in one Z-wave version. Around EUR 80,-

It's worth getting a Philips Hue starter Pack with the 2.0 bridge to start you off. NB Philips Hue Lux (only white dimmers) controllers can't control LED lamps with colours, but the full HUE kit can control the white LUX lamps

To identify lights, click on their name in light setup and they will flash.

To idenfity sensors, click on their name in accessory setup and the LED will flash.

To identify dimmer switches, go to accessory setup and press a button. The last button pressed will be shown under the name of the accessory. I haven't found a way to get the LED to flash yet.

Robb has a Hue insert dimmer that works with LED up to 200W and conventional light up to 400W. It requires a blue wire

The Robb knob smartdimmer comes with a knob and insert and works for up to 300W for LED. You can install a dimmer bypass with it if you need to connect it with 2 wires instead of 3 (with blue).

Robb also has LED drivers for with Hue.

Robbshop has the LEDstrip driver Zigbee 12-36V which should also be a dimmer controller despite the name for EUR 40,-

I found ZigBee 0-10V Smart Wireless LED Dimmer Fernbedienung schalter für Hue Echo Plus for EUR 30,- and ordered it but it never arrived. The manual can be found 122551 MINI ZLL Interface but Matcall doesn't sell this thing.

Apparently Friends of Hue will launch a large range of dumb light switches but probably only for Hue bulbs Hue Home Lighting. The partners will be Busch-Jaeger, Feller, Illumra, Niko and Vimar.

Hue also has a motion sensor to trigger the lights. No good for outdoor use. It's very easy to set up but only compatible with Hue lights and won't work with homekit stuff. They are also temperature sensors which you can see in smarthings.

When you add lights to a scene, delete the alarm which contains the scene and set it up again. Otherwise not all the lights will always turn on when the alarm goes off.

The HUE 1 app has support for the Random setting in the alarnms, allowing lights to turn on / off +- up to 30 minutes from the set time. For some reason, Hue2 doesn't have this

To identify, go to settings, accessory setup in the Hue app. Press a button on the dimmer and in the app you can see which dimmer switch was pressed.

This requires a CR2450 battery. Battery levels can be checked in the settings -> accessory setup

Hue Dynamic works on Android, IOS, Windows 10 and Xbox One

These lights don't allow you to change the default on behaviour to last setting in the Hue app, but are a lot cheaper and look good.

The e14 candle lights are a bit shorter than the Hue candles. A two pack costs around EUR 37 Amazon.de and work well.

Their smart plug works just as well as the Osram one, but is smaller and less obtrusive (it's all white and has no grey bit). They are around EUR 30 Amazon.de

In order to connect these lights / accessories to the Hue bridge, you have to have them on, start the search in Hue, turn the power off and then on and the app will find them.

If the smart plug becomes unresponsive:

It may take a while. When the light goes red it should be connected properly.

Osram Lightify lights should work very well with the Hue system, as they are both Zigbee. However, both Philips as Osram are being a bit silly in their implementation of the Zigbee protocol, which leads to some strange workarounds.

If it isn't found, plug it in closer to the Hue Bridge or a Hue light

Otherwise remove the light from the bridge.

Don't use these things, they don't work well with Hue

Currently the GU10 lights are unstable due to Philips Hue updates, which means that all my connected lights won't turn off fully using the Hue controller, after I added 1 new GU10 light.

The plugs work well too, but it could be that they need resetting or touchlink connections before they work. They didn't need an update from the lightify gateway for me. Detect them as a light with the switch set to on (light is green) and they will turn up as an on/off switch.

Note: if the light is already on, the Hue app won't find the light for some reason

The remaining issues I found out to be defective bulbs where they were not updating to the latest Lightify firmware(They are stuck on v1.03.07 and should be on v1.04.12)

My lights are stuck on firmware 1.03.07 according to the Hue app, but the lightify app (connected to a Lightify Gateway) says they are updated to 1.04.12 and can't be updated

Sent back to customer service and replaced.

For lighting you can use many things but the cheapest are:

The Philips one is ridiculously expensive.

To create a timer, you first set up the scene containing the lights you want in the timer (and with the settings eg colour and brightness). You can then create the timer by clicking on the ... and then timers and selecting the timing and then the scene.

on all days 43 minutes before sunset

off all days 1hr 08 after sunrise

Wiser is a more up to date alternative to Evohome, but only for TRVs 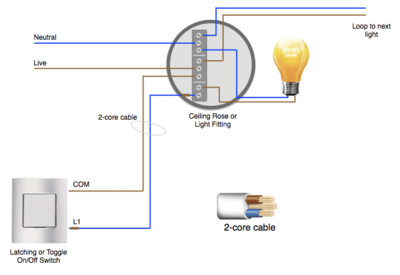 Philips used to make a Living Whites powerplug which was dimmable with Hue, but it seems to be discontinued.

Wemo has a smart plug (but Wifi, not Zigbee)

Osram has a lightify plug but it only supports on and off. EUR 25,- at Azerty

Innr has smart plug no idea if it supports dimming. EUR 35,-

fakeTV - programmable but not zigbee

TV Simulators tend to have a few options: an mp3 player, a timer, an automatic mode where they turn on when it gets dark and then goes for a few hours (typically 4 or 8 hours) before turning off. You can't get them on Zigbee, so I guess you have to get a zigbee enabled power plug.

connectcomfort and cacti guide for honeywell

Farm.bot Drag and Drop Farming: Graphically design your farm by dragging and dropping plants into the map. The game-like interface is learned in just a few minutes so you’ll have the whole growing season planned in no time. EUR 1270,-

[http://www.makeuseof.com/tag/control-philips-hue-lights-arduino-and-motion-sensor/ an explanation of Philips, how to control them using an Arduino and what Zigbee is (basically a mesh)